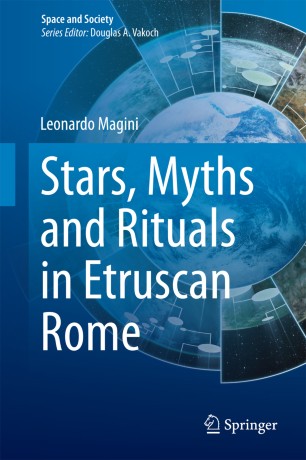 Part of the Space and Society book series (SPSO)

This book offers a detailed and fascinating picture of the astonishing astronomical knowledge on which the Roman calendar, traditionally attributed to the king Numa Pompilius (reign 715-673 BC), was based. This knowledge, of Mesopotamian origins, related mainly to the planetary movements and to the occurrence of eclipses in the solar system. The author explains the Numan year and cycle and illustrates clearly how astronomical phenomena exerted a powerful influence over both public and private life. A series of concise chapters examines the dates of the Roman festivals, describes the related rites and myths, and places the festivals in relation to the planetary movements and astronomical events. Special reference is made to the movements of the moon and Venus, their relation to the language of myth, and the particular significance that Venus was considered to have for female fertility. The book clearly demonstrates the depth of astronomical knowledge reflected in the Roman religious calendar and the designated festive days. It will appeal both to learned connoisseurs and to amateurs with a particular interest in the subject.