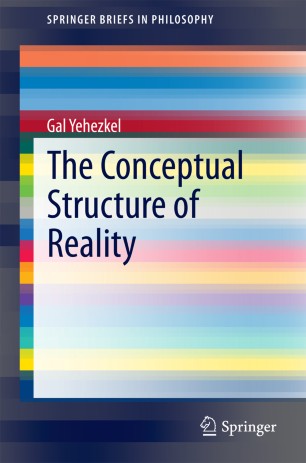 The Conceptual Structure of Reality

This book describes a novel conception of reality, one that uniquely incorporates an idealistic view of existence with an account of objectivity. It introduces a general model of conceptual analysis and demonstrates its effectiveness in exposing and establishing the existence of conceptual ties. The book begins by introducing the tools and principles needed for the conceptual analysis undertaken in chapters that follow. Next, it presents a detailed examination into existence, contingency, idealism, self-consciousness and natural laws. In the process, the author critically examines the conceptions of existence held by Kant, Frege and Russell; argues that the determinations of past, present and future are subjective in the sense that they imply the existence of consciousness in relation to which they are fixed; shows that every possible reality includes sufficient conditions for self-consciousness; and confronts the question of the "uniformity of nature," which states that reality is subject to natural laws. In the end, the idealistic conception of reality developed in this book implies that existence is relative, rather than absolute, in the sense that it is determined in relation to a point of view internal to reality. This view of existence implies that reality necessarily exists.

Gal Yehezkel is a lecturer in Philosophy at the Department of Liberal Arts at Sapir Academic College, Israel. Among his publications are "Objectivity and Natural Laws" (Analysis and Metaphysics, forthcoming), "McTaggart, the Flow of Time and the Disanalogy between Time and Space" (Kriterion, 2009) and “Self-Consciousness, Objectivity and Time” (Metaphilosophy, 2008).