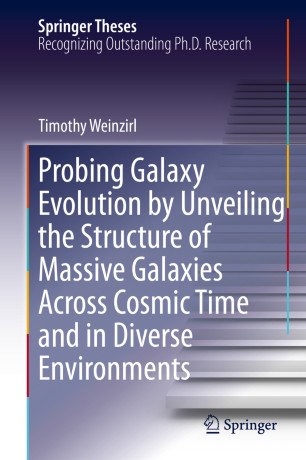 Awarded the American Astronomical Society (AAS) Rodger Doxsey Travel Prize, and with a foreword by thesis supervisor Professor Shardha Jogee at the University of Texas at Austin, this thesis discusses one of the primary outstanding problems in extragalactic astronomy: how galaxies form and evolve. Galaxies consist of two fundamental kinds of structure: rotationally supported disks and spheroidal/triaxial structures supported by random stellar motions. Understanding the balance between these galaxy components is vital to comprehending the relative importance of the different mechanisms (galaxy collisions, gas accretion and internal secular processes) that assemble and shape galaxies. Using panchromatic imaging from some of the largest and deepest space-based galaxy surveys, an empirical census of galaxy structure is made for galaxies at different cosmic epochs and in environments spanning low to extremely high galaxy number densities. An important result of this work is that disk structures are far more prevalent in massive galaxies than previously thought. The associated challenges raised for contemporary theoretical models of galaxy formation are discussed. The method of galaxy structural decomposition is treated thoroughly since it is relevant for future studies of galaxy structure using next-generation facilities, like the James Webb Space Telescope and the ground-based Giant Magellan Telescope with adaptive optics.

After earning Bachelor of Science degrees in Physics and Astronomy at Drake University in Des Moines, IA, Dr. Tim Weinzirl came to the University of Texas at Austin to pursue graduate studies in Astronomy. While in graduate school, his research earned awards including the Rodger Doxsey Travel prize from the American Astronomical Society as well as the Outstanding Master's Thesis award from the College of Natural Sciences at the University of Texas at Austin. Dr. Weinzirl completed his PhD in Astronomy in August 2013.