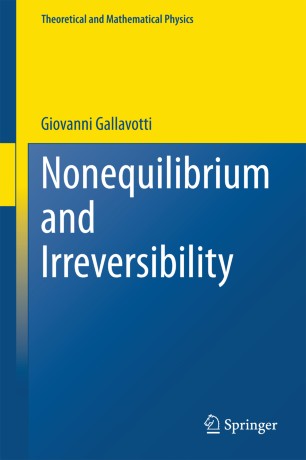 This book concentrates on the properties of the stationary states in chaotic systems of particles or fluids, leaving aside the theory of the way they can be reached. The stationary states of particles or of fluids (understood as probability distributions on microscopic configurations or on the fields describing continua) have received important new ideas and data from numerical simulations and reviews are needed. The starting point is to find out which time invariant distributions come into play in physics. A special feature of this book is the historical approach. To identify the problems the author analyzes the papers of the founding fathers Boltzmann, Clausius and Maxwell including translations of the relevant (parts of ) historical documents. He also establishes a close link between treatment of irreversible phenomena in statistical mechanics and the theory of chaotic systems at and beyond the onset of turbulence as developed by Sinai, Ruelle, Bowen (SRB) and others: the author gives arguments intending to support strongly the viewpoint that stationary states in or out of equilibrium can be described in a unified way. In this book it is the "chaotic hypothesis", which can be seen as an extension of the classical ergodic hypothesis to non equilibrium phenomena, that plays the central role. It is shown that SRB - often considered as a kind of mathematical playground with no impact on physical reality - has indeed a sound physical interpretation; an observation which to many might be new and a very welcome insight. Following this, many consequences of the chaotic hypothesis are analyzed in chapter 3 - 4, and in chapter 5 a few applications are proposed. Chapter 6 is historical: carefully analyzing the old literature on the subject, especially ergodic theory and its relevance for statistical mechanics; an approach which gives the book a very personal touch. The book contains an extensive coverage of current research (partly from the authors and his coauthors publications) presented in enough detail so that advanced students may get the flavor of a direction of research in a field which is still very much alive and progressing. Proofs of theorems are usually limited to heuristic sketches privileging the presentation of the ideas and providing references that the reader can follow, so that in this way an overload of this text with technical details could be avoided.