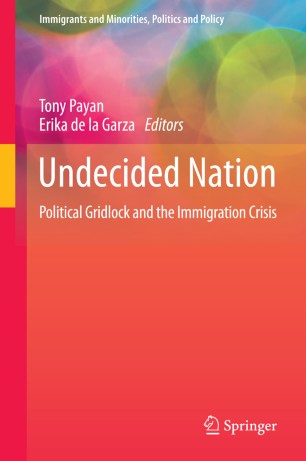 Political Gridlock and the Immigration Crisis

Part of the Immigrants and Minorities, Politics and Policy book series (IMPP, volume 6)

There is widespread agreement that the U.S. immigration system is broken, but no consensus on how to fix it. In this book, leading U.S. immigration experts and scholars  realistically assess the prospects for immigration reform and delve into the details, options and obstacles for potential legislation. The chapters presented here shed light on the congressional debates stalling meaningful reforms, and the demographic and political trends shaping an increasingly multicultural United States. Immigration legislation at the state and local levels is also reviewed along with the implications of reforms for U.S. jobs and the economy. This book will interest both scholars and policymakers concerned not only about immigration but also the future of America.