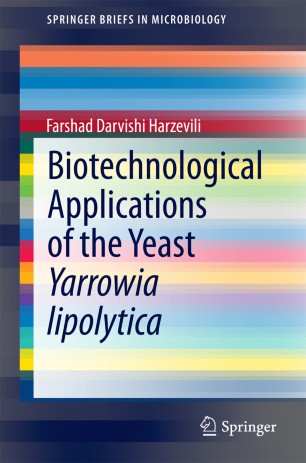 Part of the SpringerBriefs in Microbiology book series (BRIEFSMICROBIOL)

Due to its ability to degrade hydrophobic substrates highly efficiently, the non-conventional yeast Yarrowia lipolytica offers various applications in the food, feed, pharmaceutical, and fine chemistry industries, as well as in environmental protection contexts such as waste treatment and bioremediation.

The yeast breaks down hydrophobic substrates such as n-alkanes, fatty acids, fats, and oils, yielding valuable biotechnological products such as organic acids, extracellular enzymes, aroma compounds, bioemulsifiers, polyols, single-cell proteins, and single-cell oils. Further, Y. lipolytica is an efficient platform for the production of various heterologous proteins; more than a hundred heterologous proteins – including those of viruses, bacteria and fungi, as well as plant, animal and human proteins – have already been produced in Y. lipolytica. Since its genome has been sequenced, it is now possible to use new recombinant technology and metabolic engineering in order to improve the metabolic pathways involved in the creation of desirable metabolites and products.