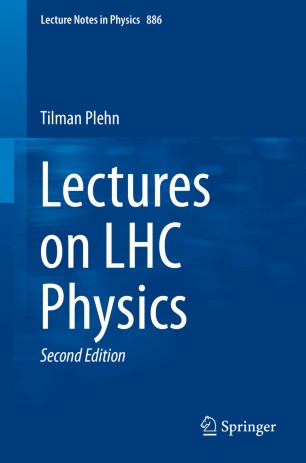 With the discovery of the Higgs boson, the LHC experiments have closed the most important gap in our understanding of fundamental interactions, confirming that such interactions between elementary particles can be described by quantum field theory, more specifically by a renormalizable gauge theory. This theory is a priori valid for arbitrarily high energy scales and does not require an ultraviolet completion.

Yet, when trying to apply the concrete knowledge of quantum field theory to actual LHC physics - in particular to the Higgs sector and certain regimes of QCD - one inevitably encounters an intricate maze of phenomenological know-how, common lore and other, often historically developed intuitions about what works and what doesn’t.

These lectures cover three aspects to help understand LHC results in the Higgs sector and in searches for physics beyond the Standard Model: they discuss the many facets of Higgs physics, which is at the core of this significantly expanded second edition; then QCD, to the degree relevant for LHC measurements; as well as further standard phenomenological background knowledge. They are intended to serve as a brief but sufficiently detailed primer on LHC physics to enable graduate students and all newcomers to the field to find their way through the more advanced literature, and to help those starting to work in this very timely and exciting field of research. Advanced readers will benefit from this course-based text for their own lectures and seminars.