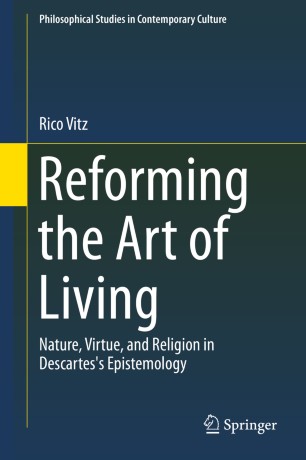 Reforming the Art of Living

Descartes’s concern with the proper method of belief formation is evident in the titles of his works—e.g., The Search after Truth, The Rules for the Direction of the Mind, and The Discourse on Method of rightly conducting one’s reason and seeking the truth in the sciences. It is most apparent, however, in his famous discussions, both in the Meditations and in the Principles, of one particularly noteworthy source of our doxastic errors—namely, the misuse of one’s will. What is not widely recognized, let alone appreciated and understood, is the relationship between his concern with belief formation and his concern with virtue. In fact, few seem to realize that Descartes regards doxastic errors as moral errors and as sins both because such errors are intrinsically vicious and because they entail notably deleterious social consequences.

Reforming the Art of Living seeks to rectify this rather common oversight in two ways. First, it aims to elucidate the nature of Descartes’s account of virtuous belief formation. Second, it aims both (i) to illuminate the social significance of Descartes’s philosophical program as it relates to the understanding and practice not of science, but of religion and (ii) to develop a kind of Leibnizian critique of this aspect of his program. More specifically, it aims to show that Descartes’s project is “dangerous,” insofar as it is subversive not only of traditional Christianity but also of other traditional forms of religion, both in theory and in practice.