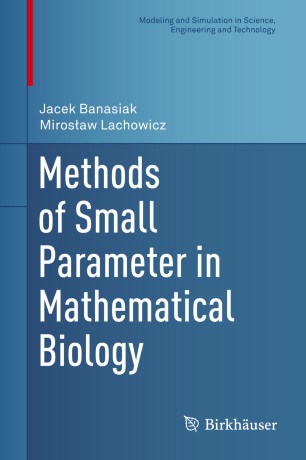 This monograph presents new tools for modeling multiscale biological processes. Natural processes are usually driven by mechanisms widely differing from each other in the time or space scale at which they operate and thus should be described by appropriate multiscale models. However, looking at all such scales simultaneously is often infeasible, costly, and provides information that is redundant for a particular application. Hence, there has been a growing interest in providing a more focused description of multiscale processes by aggregating variables in a way that is relevant and preserves the salient features of the dynamics. The aim of this book is to present a systematic way of deriving the so-called limit equations for such aggregated variables and ensuring that the coefficients of these equations encapsulate the relevant information from the discarded levels of description. Since any approximation is only valid if an estimate of the incurred error is available, the tools described allow for proving that the solutions to the original multiscale family of equations converge to the solution of the limit equation if the relevant parameter converges to its critical value.

The chapters are arranged according to the mathematical complexity of the analysis, from systems of ordinary linear differential equations, through nonlinear ordinary differential equations, to linear and nonlinear partial differential equations. Many chapters begin with a survey of mathematical techniques needed for the analysis. All problems discussed in this book belong to the class of singularly perturbed problems; that is, problems in which the structure of the limit equation is significantly different from that of the multiscale model. Such problems appear in all areas of science and can be attacked using many techniques.

Methods of Small Parameter in Mathematical Biology will appeal to senior undergraduate and  graduate students in appled and biomathematics, as well as researchers specializing in differential equations and asymptotic analysis.