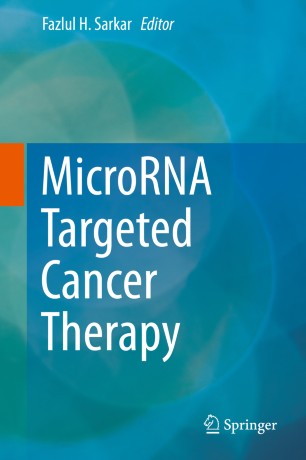 Since the discovery of microRNAs (miRNAs) some twenty years ago by Victor Ambros, David Baulcombe and Gary Ruvkun, these three scientists worked to uncover the mystery of miRNA, the small segments of nucleotides that silence genes. While studying the development of the nematode worm, Ambros and Ruvkun discovered miRNA in animals, while Baulcombe discovered it in plants. Since their discovery, it took more than two decade to fully appreciate the value of miRNA in human health and diseases. Emerging evidence suggest that the activation of oncogenes and/or the inactivation of tumor suppressor genes contribute to the development and progression of tumors. The regulation of genes is by far controlled by many transcription factors which are often deregulated during the development and progression of cancer. In addition, emerging evidence clearly suggests that the deregulation of miRNAs or small non-coding RNAs could also regulate the expression of genes, and likewise, miRNA genes are also regulated by transcription factors. The most attractive feature of miRNAs is that one miRNA can regulate many target genes (mRNAs), and thus miRNA targeted therapy is highly promising because multiple genes could be regulated by targeting a single miRNA, which becomes very important for the killing of highly heterogeneous populations of cancer cells within a tumor mass. Therefore, miRNA targeted therapy is an attractive attribute of miRNA research, which is covered through eighteen chapters complied in this book “MicroRNA targeted Cancer therapy”, and it is hoped that the field of miRNA research will be appreciated through critical reading of these chapters on the cutting-edge research on miRNAs.