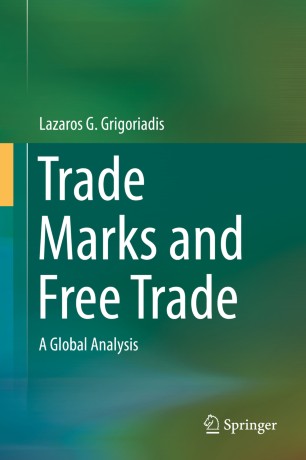 This book is the first study to examine the issue of the legality of parallel imports of trademarked goods under the most important legal systems on an international level, namely under GATT/WTO law, EU law and the laws of the ten major trading partners of the European Union. Part I consists of a general approach to the phenomenon of parallel importation and of a presentation of the theories that have been suggested to resolve the above-mentioned issue. The rule of exhaustion of rights, of which there are three types (rule of national, regional and international exhaustion of rights), is proposed as the most effective instrument to deal with the issue in question. Part II examines the question of exhaustion of trademark rights in light of the provisions of GATT/WTO Law. Part III analyzes the elements of the EU provisions on exhaustion of trademark rights (Articles 7 of Directive 2008/95/EC and 13 of Regulation (EC) 207/2009) and some specific issues relating to the application of these provisions. Part IV presents the regimes of exhaustion of trademark rights recognized in the European Union’s current ten most significant trading partners. The book is the first legal study to welcome, in light of economic analysis, the approach adopted by GATT/WTO law and EU law to the question of the geographical scope of the exhaustion of the trademark rights rule. It includes all the case law developed on an international level on the issue of the legality of parallel imports of trademarked goods and a comprehensive overview of the scientific literature concerning the phenomenon of parallel imports in general and the legality of parallel imports of trademarked goods. All the views expressed in the book are based on the European Court of Justice’s most recent case law and that of the courts of the most important trading partners of the European Union.