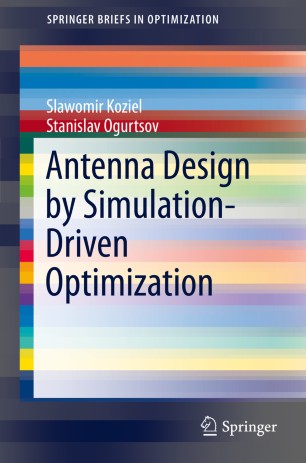 Part of the SpringerBriefs in Optimization book series (BRIEFSOPTI)

This Brief reviews a number of techniques exploiting the surrogate-based optimization concept and variable-fidelity EM simulations for efficient optimization of antenna structures. The introduction of each method is illustrated with examples of antenna design. The authors demonstrate the ways in which practitioners can obtain an optimized antenna design at the computational cost corresponding to a few high-fidelity EM simulations of the antenna structure. There is also a discussion of the selection of antenna model fidelity and its influence on performance of the surrogate-based design process. This volume is suitable for electrical engineers in academia as well as industry, antenna designers and engineers dealing with computationally-expensive design problems.