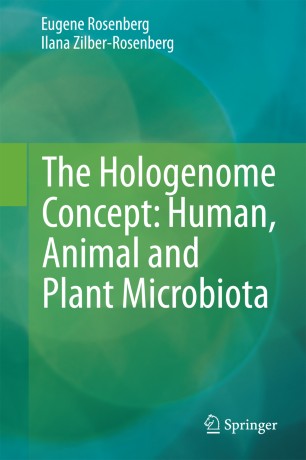 Groundbreaking research over the last 10 years has given rise to the hologenome concept of evolution. This concept posits that the holobiont (host plus all of its associated microorganisms) and its hologenome (sum of the genetic information of the host and its symbiotic microorganisms), acting in concert, function as a unique biological entity and therefore as a level of selection in evolution.

All animals and plants harbor abundant and diverse microbiota, including viruses. Often the amount of symbiotic microorganisms and their combined genetic information far exceed that of their host. The microbiota with its microbiome, together with the host genome, can be transmitted from one generation to the next and thus propagate the unique properties of the holobiont. The microbial symbionts and the host interact in a cooperative way that affects the health of the holobiont within its environment. Beneficial microbiota protects against pathogens, provides essential nutrients, catabolizes complex polysaccharides, renders harmful chemicals inert, and contributes to the performance of the immune system. In humans and animals, the microbiota also plays a role in behavior. The sum of these cooperative interactions characterizes the holobiont as a unique biological entity. Genetic variation in the hologenome can be brought about by changes in either the host genome or the microbial population genomes (microbiome). Evolution by cooperation can occur by amplifying existing microbes, gaining novel microbiota and by acquiring microbial and viral genes. Under environmental stress, the microbiome can change more rapidly and in response to more processes than the host organism alone and thus influences the evolution of the holobiont. Prebiotics, probiotics, synbiotics and phage therapy are discussed as applied aspects of the hologenome concept.