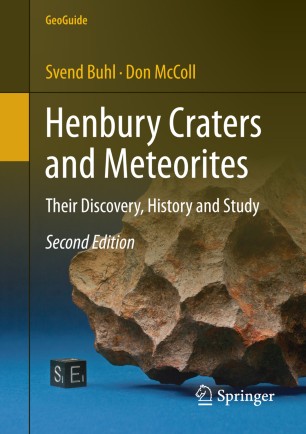 Their Discovery, History and Study

In 1931, the cluster of craters at Henbury Cattle Station south of Alice Springs in Central Australia was one of the first places on Earth where a group of impact structures could definitely be linked to the fall of iron meteorites. It was also the first place where radial rays and loops of ejected rock material, comparable to those seen around craters on the Moon, were observed. As such it was one of the primary observation sites associated with the science of meteoritics in its infancy. In this work the authors present previously unpublished documents covering early research at the Henbury site, provide an extended data set on the distribution of meteoritic material at Henbury craters, and compare recent discoveries on the mechanics of hypervelocity impacts with evidence collected over 80 years of research at the Henbury meteorite craters. In their conclusion, the authors suggest a new hypothesis for the fragmentation and incident direction of the crater-forming bolide, on the basis of a more complete set of data compared with previous models.