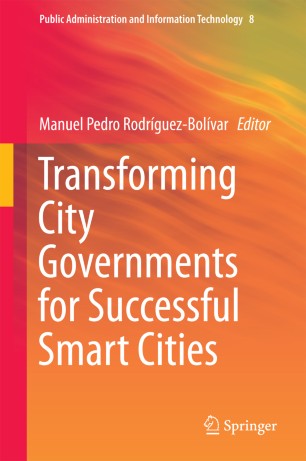 There has been much attention paid to the idea of Smart Cities as researchers have sought to define and characterize the main aspects of the concept, including the role of creative industries in urban growth, the importance of social capital in urban development, and the role of urban sustainability. This book develops a critical view of the Smart City concept, the incentives and role of governments in promoting the development of Smart Cities and the analysis of experiences of e-government projects addressed to enhance Smart Cities. This book further analyzes the perceptions of stakeholders, such as public managers or politicians, regarding the incentives and role of governments in Smart Cities and the critical analysis of e-government projects to promote Smart Cities’ development, making the book valuable to academics, researchers, policy-makers, public managers, international organizations and technical experts in understanding the role of government to enhance Smart Cities’ projects.