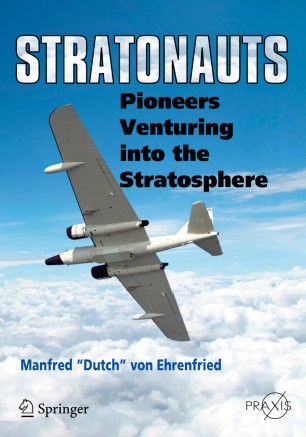 Pioneers Venturing into the Stratosphere

Stratonauts chronicles humankind’s quest for ever higher altitudes from ancient times to the present. It is based upon history, science and technology, and tells some interesting and fascinating stories along the way. It pays tribute to those killed while attempting to reach the stratosphere over the past several centuries.

“Dutch” von Ehrenfried uses his personal experience as a NASA sensor operator on the RB-57F, flying to an altitude of 70,000 feet, as well as the input and experience from other RB-57F, U-2, A-12, SR-71 and F-104 pilots. Although many of the aircraft and balloons are described, more emphasis is placed on the crews and what they went through. This book is intended for aviators of all kinds and flying enthusiasts in general.