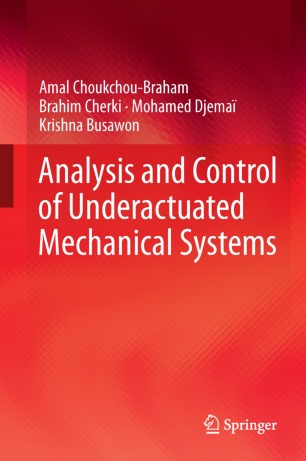 This monograph provides readers with tools for the analysis, and control of systems with fewer control inputs than degrees of freedom to be controlled, i.e., underactuated systems. The text deals with the consequences of a lack of a general theory that would allow methodical treatment of such systems and the ad hoc approach to control design that often results, imposing a level of organization whenever the latter is lacking.

The authors take as their starting point the construction of a graphical characterization or control flow diagram reflecting the transmission of generalized forces through the degrees of freedom. Underactuated systems are classified according to the three main structures by which this is found to happen—chain, tree, and isolated vertex—and control design procedures proposed. The procedure is applied to several well-known examples of underactuated systems: acrobot; pendubot; Tora system; ball and beam; inertia wheel; and robotic arm with elastic joint.