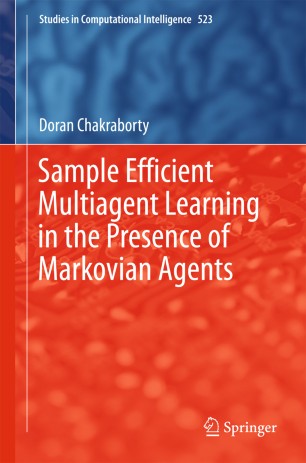 Sample Efficient Multiagent Learning in the Presence of Markovian Agents

The problem of Multiagent Learning (or MAL) is concerned with the
study of how intelligent entities can learn and adapt in the presence of
other such entities that are simultaneously adapting. The problem is
often studied in the stylized settings provided by repeated matrix games
(a.k.a. normal form games). The goal of this book is to develop MAL
algorithms for such a setting that achieve a new set of objectives which
have not been previously achieved. In particular this book deals with
learning in the presence of a new class of agent behavior that has not
been studied or modeled before in a MAL context: Markovian agent
behavior. Several new challenges arise when interacting with this
particular class of agents. The book takes a series of steps towards
building completely autonomous learning algorithms that maximize utility
while interacting with such agents. Each algorithm is meticulously
specified with a thorough formal treatment that elucidates its key
theoretical properties.