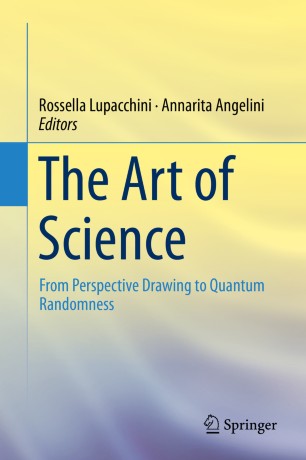 The Art of Science

From Perspective Drawing to Quantum Randomness

Like linear perspective, complex numbers and probability are notable discoveries of the Renaissance. History has been quick to recognize the crucial impact of linear perspective on painting, but reluctant to acknowledge the importance of complex numbers and probability. Both were treated with a great deal of suspicion by the scientific establishment and overlooked for many years. It was only in the twentieth century, when quantum theory defined the notion of "complex probability amplitude", that complex numbers merged with probability and transformed the image of the physical world. From a theoretical point of view, however, the space opened to painting by linear perspective and the space opened to science by complex numbers are equally valuable and share significant characteristics. By exploring that common ground, The Art of Science will lead the reader to complement Leonardo’s vision of painting as a science and to see science as an art. Its aim is to restore a visual dimension to mathematical sciences – an element dulled, if not obscured, by historians, philosophers, and scientists themselves.