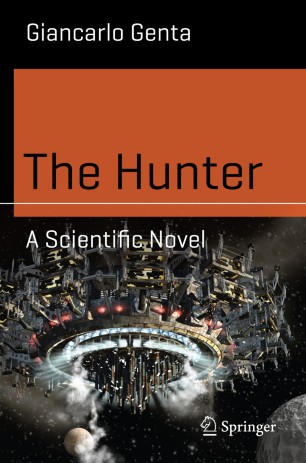 The 24th century: humankind has become a spacefaring civilization, colonizing the solar system and beyond. While no alien forms of life have yet been encountered in this expansion into space, colonists suddenly encounter machines of alien origin - huge robots able to reproduce themselves.  Called replicators by the colonists, they seem to have but a single goal: to destroy all organic life they come in contact with.

Since the colonial governments have no means to fight this menace directly, they instead promise huge rewards to whoever destroys a replicator. As a result, the frontier attracts a new kind of adventurers, the Hunters, who work to find and destroy the replicators. Mike Edwards, a skilled young maintenance technician and robotics expert at a faraway outpost, will not only become one of them - but be the very first one to unlock the secret behind the replicators’ origin and mission.

The scientific and technical aspects underlying the plot - in particular space travel, robotics and self-replicating spacecraft - are introduced and discussed by the author in an extensive non-technical appendix.

An expert in space flight technology, with a special interest in space robotics and advanced space propulsion,  Giancarlo Genta is a professor in the Department of Mechanical and Aerospace Engineering of the Politecnico di Torino, in Turin, Italy. He is also director of the Italian SETI (Search for Extraterrestrial Intelligence) study center and is a full member of the International Academy of Astronautics. He has written more than 300 scientific papers and 11 scientific books.  Among his popular science books are Space: The Final Frontier?, published by Cambridge University Press in 2002, and Lonely Minds in the Universe - The Search for Extraterrestrial Intelligence, published by Springer-Copernicus in June 2007. The Hunter, already published in Italian and Ukrainian, is his first novel.