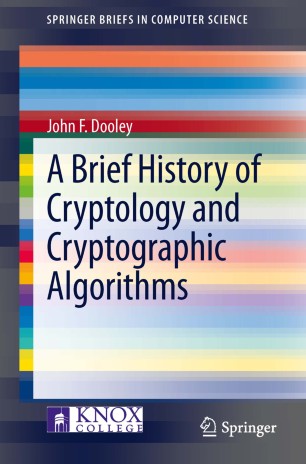 A Brief History of Cryptology and Cryptographic Algorithms

The science of cryptology is made up of two halves. Cryptography is the study of how to create secure systems for communications. Cryptanalysis is the study of how to break those systems. The conflict between these two halves of cryptology is the story of secret writing. For over two thousand years governments, armies, and now individuals have wanted to protect their messages from the “enemy”. This desire to communicate securely and secretly has resulted in the creation of numerous and increasingly complicated systems to protect one's messages. On the other hand, for every new system to protect messages there is a cryptanalyst creating a new technique to break that system. With the advent of computers the cryptographer seems to finally have the upper hand. New mathematically based cryptographic algorithms that use computers for encryption and decryption are so secure that brute-force techniques seem to be the only way to break them – so far. This work traces the history of the conflict between cryptographer and cryptanalyst, explores in some depth the algorithms created to protect messages, and suggests where the field is going in the future.