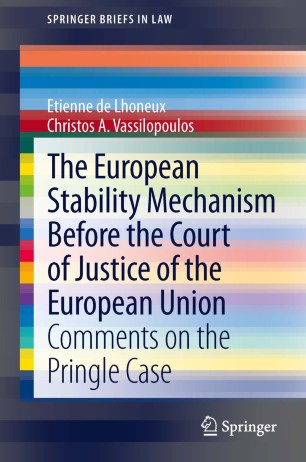 Comments on the Pringle Case

This book provides an analysis of the judgment of the Court of Justice of the European Union in the Pringle case. It focuses on the three main aspects of the ruling.  First, it examines the part of the judgment concerning the validity of the European Council Decision 2011/199 - adopted under the simplified revision procedure (Article 48(6) TEU) -  which provides for the possibility to establish a financial stability mechanism. Second, it  evaluates the new rules developed by the Court in order to interpret agreements concluded exclusively by the member states, such as the ESM Treaty. Third, it assesses the Court’s interpretation of the main provisions of the so-called economic pillar of the Economic and Monetary Union and the fundamental rules provided for by the Treaties (nature of competence, financial assistance, institutional balance, judicial review charter of fundamental rights etc.) with regard to the ESM treaty provisions.