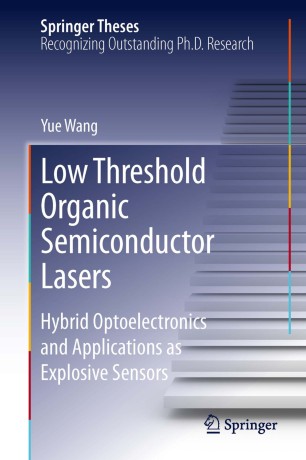 This thesis focuses on two areas - the development of miniature plastic lasers that can be powered by LEDs, and the application of these lasers as highly sensitive sensors for vapours of nitroaromatic explosives (e.g. TNT). Polymer lasers are extremely compact visible lasers; the research described in the thesis is groundbreaking, driving forward the technology and physical understanding to allow these lasers to be routinely pumped by a single high-power LED. A notable advance in the work is the demonstration of nanoimprinted polymer lasers, which exhibit the world's lowest pump threshold densities by two orders of magnitude. The thesis also advances the application of these compact, novel lasers as highly sensitive detectors of explosive vapours, demonstrating that rapid detection can be achieved when microporous polymers are used. This work also demonstrates a prototype CMOS-based microsystem sensor for explosive vapours, exploiting a new detection approach.