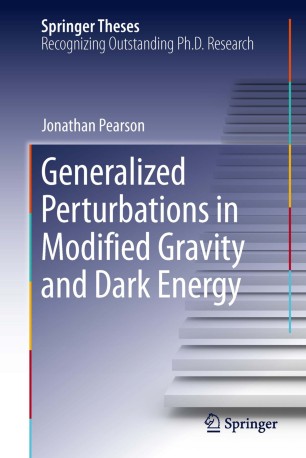 When predictions of Einstein's theory of General Relativity are compared against observations of our Universe, a huge inconsistency is found. The most popular fix for this inconsistency is to "invent" around 94% of the content of the universe: dark matter and dark energy. The dark energy is some exotic substance responsible for the apparent observed acceleration of the Universe. Another fix is to modify the theory of gravity: it is entirely plausible that Einstein's theory of General Relativity breaks down on cosmological scales, just as Newton's theory of gravity breaks down in the extreme gravitational field of the Sun. There are many alternative theories of gravity,  each with the aim of describing observations of our Universe where General Relativity fails. Whether it is dark energy or some modified theory of gravity, it is clear that there is some "dark sector" in the Universe. In this thesis the author constructs a unifying framework for understanding the observational impact of general classes of dark sector theories, by formulating equations of state for the dark sector perturbations.

Jonathan Pearson obtained his PhD in Theoretical Cosmology at Jodrell Bank Centre for Astrophysics, at the University of Manchester. His research topics include: domain wall network dynamics, constructing gauged cosmic vortons, inhomogeneous universes and constructing a formalism to use observational data to constrain modified gravity theories.