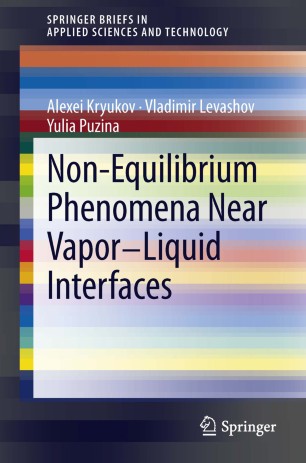 This book presents information on the development of a non-equilibrium approach to the study of heat and mass transfer problems using vapor-liquid interfaces, and demonstrates its application to a broad range of problems. In the process, the following peculiarities become apparent: 1. At vapor condensation on the interface from gas-vapor mixture, non-condensable components can lock up the interface surface and condensation stops completely. 2. At the evolution of vapor film on the heater in superfluid helium (He-II), the boiling mass flux density from the vapor-liquid interface is effectively zero at the macroscopic scale. 3. In problems concerning the motion of He-II bridges inside capillaries filled by vapor, in the presence of axial heat flux the He-II bridge cannot move from the heater as would a traditional liquid, but in the opposite direction instead. Thus the heater attracts the superfluid helium bridge. 4. The shape of liquid-vapor interface at film boiling on the axis-symmetric heaters immersed in liquid greatly depends on heat flux in the interface. Thus a new type of hydrostatic problems appears when in contrast to traditional statements the shape of the liquid-vapor interface has a complex profile with a point of inflection and a smooth exit on a free liquid surface.