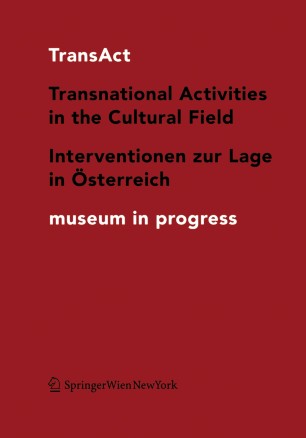 TransAct gathers some 70 contributions – artistic works and texts – by international artists, intellectuals, and scientists. Transnational Activities in the Cultural Field emerged as a reaction on the political situation of Austria in the year 2000. Contributors articulated a protest against the government participation of Jörg Haider’s populist right-wing party FPÖ as well as a statement against cultural isolation.

Published as series in the daily paper Der Standard in 2000/2001, the contributions are now presented as a historical documentation in book form. Against the backdrop of political conditions in Europe, many texts and works are as relevant as they were ten years ago.