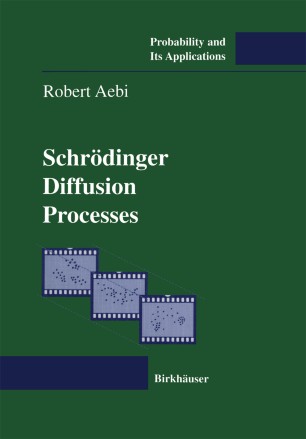 In 1931 Erwin Schrödinger considered the following problem: A huge cloud of independent and identical particles with known dynamics is supposed to be observed at finite initial and final times. What is the "most probable" state of the cloud at intermediate times? The present book provides a general yet comprehensive discourse on Schrödinger's question. Key roles in this investigation are played by conditional diffusion processes, pairs of non-linear integral equations and interacting particles systems. The introductory first chapter gives some historical background, presents the main ideas in a rather simple discrete setting and reveals the meaning of intermediate prediction to quantum mechanics. In order to answer Schrödinger's question, the book takes three distinct approaches, dealt with in separate chapters: transformation by means of a multiplicative functional, projection by means of relative entropy, and variation of a functional associated to pairs of non-linear integral equations. The book presumes a graduate level of knowledge in mathematics or physics and represents a relevant and demanding application of today's advanced probability theory.