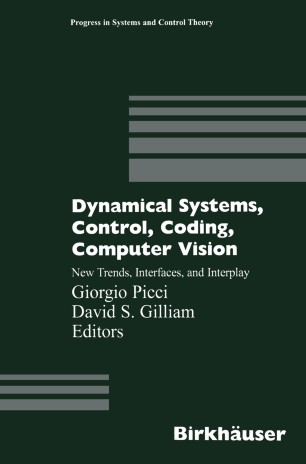 Part of the Progress in Systems and Control Theory book series (PSCT, volume 25)

This book is a collection of essays devoted in part to new research direc­ tions in systems, networks, and control theory, and in part to the growing interaction of these disciplines with new sectors of engineering and applied sciences like coding, computer vision, and hybrid systems. These are new areas of rapid growth and of increasing importance in modern technology. The essays, written by world-leading experts in the field, reproduce and expand the plenary and minicoursejminisymposia invited lectures which were delivered at the Mathematical Theory of Networks and Systems Sym­ posium (MTNS-98), held in Padova, Italy, on July 6-10, 1998. Systems, control, and networks theory has permeated the development of much of present day technology. The impact has been visible in the past fifty years through the dramatic expansion and achievements of the aerospace and avionics industry, through process control and factory au­ tomation, robotics, communication signals analysis and synthesis, and, more recently, even finance, to name just the most visible applications. The theory has developed from the early phase of its history when the ba­ sic tools were elementary complex analysis, Laplace transform, and linear differential equations, to present day, where the mathematics ranges widely from functional analysis, PDE's, abstract algebra, stochastic processes and differential geometry. Irrespective of the particular tools, however, the ba­ sic unifying paradigms of feedback, stability, optimal control, and recursive filtering, have remained the bulk of the field and continue to be the basic motivation for the theory, coming from the real world.