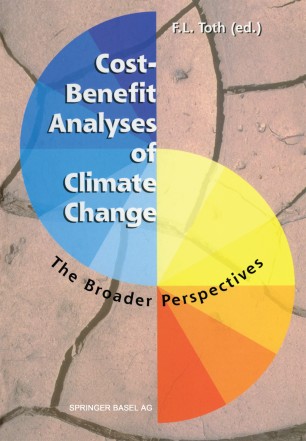 The Potsdam Institute for Climate Impact Research (PIK) was founded in 1992 as a "Blue List" research institute, with the Federal Ministry for Education, Science, Research and Technology and the Ministry for Science, Research and Culture of the federal state of Brandenburg each provid­ ing half ofthe funding. PIK currently has a staff of 100 (1997), including about 75 scientists and guest scientists, as well as a number of students and temporary assistants. Further expansion is taking place at the institute site in the "Albert Einstein" Science Park in Potsdam. The interdisciplinary nature of climate impact research, especially the interface between the natural scientific and socioeconomic dimensions of environmental research, is reflected at PIK in the close cooperation with partner institutes at national and international level. The flexible frame­ work created for the institute enables new problems and issues to be taken up as they arise. As a center of scientific innovation, PIK also coordinates international activities in the fields of climate impact research and Earth System analysis. The institute houses project offices for the IGBP international research programs, for example. Simulations of Global Change are performed on PIK's supercomputer using models and data drawn from various disciplines. The parallel compu­ ter (an IBM-SP2) boasts 20 gigaflops of computing power, making it one of the most powerful research computers in Germany. The Workshop on Cost-Benefit Analyses of Climate Change was jointly organized by PIK and the Wuppertal Institute for Energy, Climate, and Environment (WI).