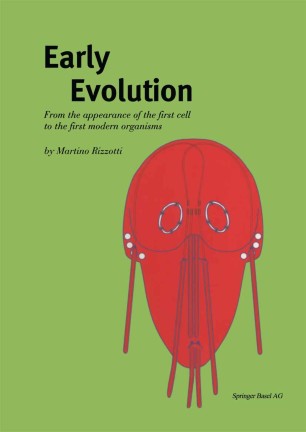 It is now accepted that the first cells derived from simpler "objects", and that their descendants became more and more complicated and ordered until their evolutionary transformation into modern cells, namely, cells endowed with the same basic structures and mechanisms as those existing today. Although the appearance of the first modern cells goes back at least two billion years, many scholars believe that it occurred almost four billion years ago. In that case, the Earth's formation, which took place quite quickly about 4. 6 billion years ago, is in close proximity to the originoflife. There is disagreement not only about the moment ofappearance ofmodern cells, but also as to their early evolution. Ideas on the first steps in cellular evolution vary considerably, and our present knowledge is so limited as to be little more than vacuous. Why discuss it then? Precisely because it is an empty space that needs to be filled! Does it make sense only to discuss things which are well-known and well­ documented? Is this the best way to interpret that spirit of exploration of the unknown which is at the very heartofscientific endeavor? The idea that it is idle to venture into fields which are poorly documented has been long supported, even in cases similar to those dealt with here, for example, the evolutionary phases which took place before the first cell.