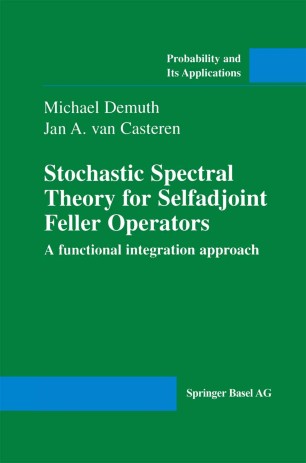 A beautiful interplay between probability theory (Markov processes, martingale theory) on the one hand and operator and spectral theory on the other yields a uniform treatment of several kinds of Hamiltonians such as the Laplace operator, relativistic Hamiltonian, Laplace-Beltrami operator, and generators of Ornstein-Uhlenbeck processes. For such operators regular and singular perturbations of order zero and their spectral properties are investigated.
A complete treatment of the Feynman-Kac formula is given. The theory is applied to such topics as compactness or trace class properties of differences of Feynman-Kac semigroups, preservation of absolutely continuous and/or essential spectra and completeness of scattering systems.
The unified approach provides a new viewpoint of and a deeper insight into the subject. The book is aimed at advanced students and researchers in mathematical physics and mathematics with an interest in quantum physics, scattering theory, heat equation, operator theory, probability theory and spectral theory.