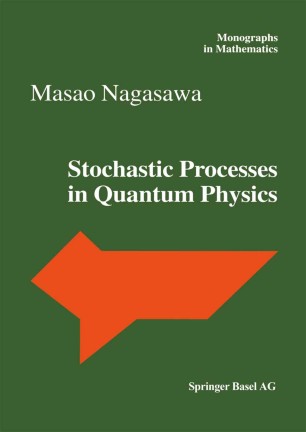 Part of the Monographs in Mathematics book series (MMA, volume 94)

"Stochastic Processes in Quantum Physics" addresses the question 'What is the mathematics needed for describing the movement of quantum particles', and shows that it is the theory of stochastic (in particular Markov) processes and that a relativistic quantum particle has pure-jump sample paths while sample paths of a non-relativistic quantum particle are continuous. Together with known techniques, some new stochastic methods are applied in solving the equation of motion and the equation of dynamics of relativistic quantum particles. The problem of the origin of universes is discussed as an application of the theory. The text is almost self-contained and requires only an elementary knowledge of probability theory at the graduate level, and some selected chapters can be used as (sub-)textbooks for advanced courses on stochastic processes, quantum theory and theoretical chemistry.