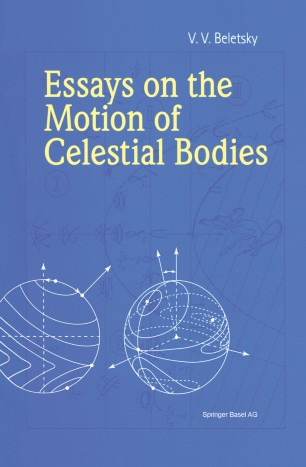 Essays on the Motion of Celestial Bodies

The development of the mechanics of space flight brought to life a whole series of fascinating and novel problems. The purpose of this book is to present some interesting and often unexpected achievements that have allowed some classical problems to be reconsidered in a new light. In order to reveal the beauty of the research process leading to the results, the emphasis is put on the analysis that can be carried out on the level of graphs and drawings, and sometimes numbers. Whenever possible, the investigation relies on maximally intuitive, elegant geometric tools. The book can be read profitably by anyone with the mathematical background typically offered in the first few years of undergraduate studies in mathematics, physics and engineering, including students, teachers, scientists and engineers. From the review of the first edition in Priroda by V.I. Arnold and Ya.B. Zeldovich: "...For a solid scientific monograph, V.V. Beletsky’s book is out of the ordinary in many respects. Without exaggeration we can say that it marks the affirmation of a new style in the scientific literature. The author explains in a frank and detailed manner the reasons behind each calculation, its difficulties, and the psychological side of research. ...The general impression that the "Essays" make is not that of a boring lesson, but rather a discussion with a brilliant, knowledgeable and wise interlocutor."