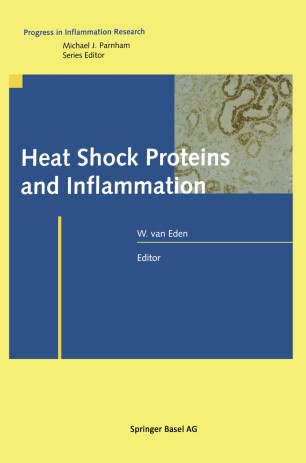 Heat shock proteins have received ample interest by immunologists over recent years. Initially they were found to be dominantly immunogenic microbial antigens. The connection to inflammation was established when it was uncovered that T cells reactive to hsp60 of mycobacteria had a crucial role in the induction and, more interestingly, regulation of experimental arthritis. Since then, the raised presence of immunity to hsp in virtually all conditions of inflammation, including autoimmune diseases, transplant rejection and atherosclerosis, has emphasised the critical significance of immunity to hsp in inflammatory diseases. Recently, first trials with hsp peptides were undertaken and reported in type I diabetes and in arthritis. As this has stimulated a wide interest in this particular field the book aims at giving an update of these exciting current developments and to provide the basis for understanding the mode of action of hsp based immunotherapeutic interventions.  This will include aspects of specific adaptive immunity and aspects of innate immunity.

The book has its focus on immunity to hsp and its impact on the regulation of inflammation. It is of interest to biologists, immunologists, microbiologists and other researchers, but also clinicians interested in the rapidly evolving field of immune-interventions.