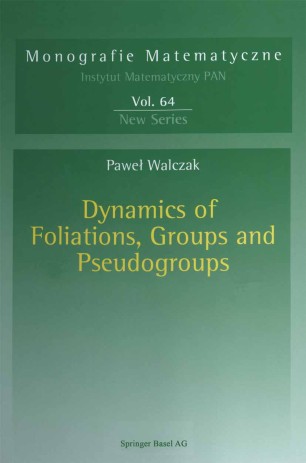 Dynamics of Foliations, Groups and Pseudogroups

Foliations, groups and pseudogroups are objects which are closely related via the notion of holonomy. In the 1980s they became considered as general dynamical systems. This book deals with their dynamics. Since "dynamics” is a very extensive term, we focus on some of its aspects only. Roughly speaking, we concentrate on notions and results related to different ways of measuring complexity of the systems under consideration. More precisely, we deal with different types of growth, entropies and dimensions of limiting objects. Invented in the 1980s (by E. Ghys, R. Langevin and the author) geometric entropy of a foliation is the principal object of interest among all of them.

Throughout the book, the reader will find a good number of inspirating problems related to the topics covered.