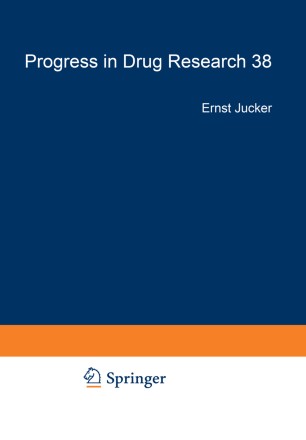 Volume 38 of "Progress in Drug Research" contains four reviews and the various indexes which facilitate its use and establish the connection with the previous volumes. The articles in this volume deal with novel quinolones and their antibacterial properties; neu­ ropeptides and their immunoregulatory role; the new generation of monoamine oxidase inhibitors and their potential use in Parkin­ son's disease; and with alternative approaches to the discovery of novel antipsychotic agents. These four reviews present important tools in the search for new and useful medicines. In the 32 years that "Progress in Drug Research" has existed, the Editor has enjoyed the valuable help and advice of many col­ leagues. Readers, the authors of the reviews, and, last but not least, the reviewers have all contributed greatly to the success of the series. Although the comments received so far have generally been favorable, it is nevertheless necessary to analyze and to reassess the current position and the future direction of such a review series.