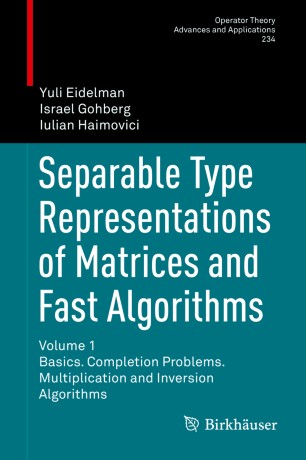 This two-volume work presents a systematic theoretical and computational study of several types of generalizations of separable matrices. The primary focus is on fast algorithms (many of linear complexity) for matrices in semiseparable, quasiseparable, band and companion form. The work examines algorithms of multiplication, inversion and description of eigenstructure and includes a wealth of illustrative examples throughout the different chapters.