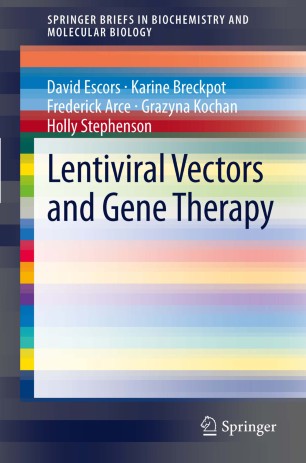 Gene therapy was conceived during the early and mid part of the 20th century. At first, it was considered a revolutionary biomedical procedure, which could potentially cure any disease for which the molecular bases were understood. Since then, gene therapy has gone through many stages and has evolved from a nearly unrealistic perspective to a real life application. Clinical efficacy in humans was demonstrated at the beginning of this century after its successful application in small-scale clinical trials to cure severe immunodeficiency in children. However, their successes were overshadowed some time later by the occurrence of vector-related leukaemia in a number of treated children. It is in this context that lentiviral vectors have appeared, with improved efficiency and, possibly, increased biosafety. Very recently, the first clinical trials with lentivectors have been carried out with some success.