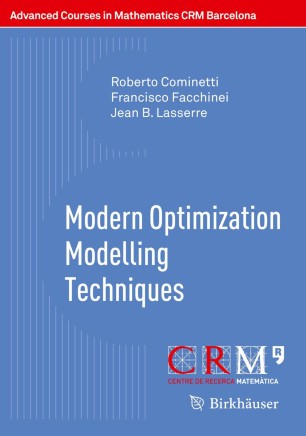 This book contains an expanded version of three series of lectures delivered by the authors at the CRM in July 2009.

The theory of optimization, understood in a broad sense, is the basis of modern applied mathematics, covering a large spectrum of topics from theoretical considerations (structure, stability) to applied operational research and engineering applications. The compiled material of this book puts on display this versatility, by exhibiting the three parallel and complementary components of optimization: theory, algorithms, and practical problems.

The first part is a self-contained course on the general moment problem and its relations with semidefinite programming. The second part is dedicated to the problem of determination of Nash equilibria from an algorithmic viewpoint. The last part presents congestion models for traffic networks and develops modern optimization techniques for finding traffic equilibria based on stochastic optimization and game theory.