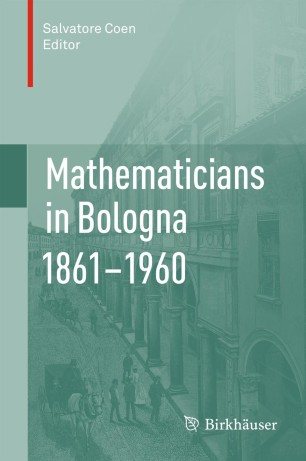 The scientific personalities of Luigi Cremona, Eugenio Beltrami, Salvatore Pincherle, Federigo Enriques, Beppo Levi, Giuseppe Vitali, Beniamino Segre and of several other mathematicians who worked in Bologna in the century 1861–1960 are examined by different authors, in some cases providing different view points. Most contributions in the volume are historical; they are reproductions of original documents or studies on an original work and its impact on later research. The achievements of other mathematicians are investigated for their present-day importance.