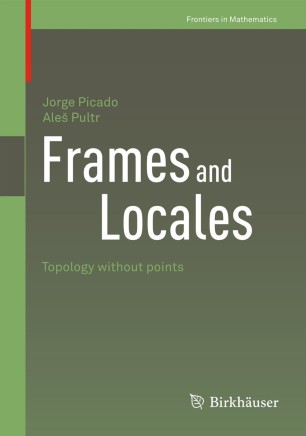 Until the mid-twentieth century, topological studies were focused on the theory of suitable structures on sets of points. The concept of open set exploited since the 1920s offered an expression of the geometric intuition of a "realistic" place (spot, grain) of non-trivial extent.

Imitating the behaviour of open sets and their relations led to a new approach to topology flourishing since the end of the 1950s. It has proved to be beneficial in many respects. Neglecting points, only little information was lost, while deeper insights have been gained; moreover, many results previously dependent on choice principles became constructive. The result is often a smoother, rather than a more entangled, theory.

No monograph of this nature has appeared since Johnstone's celebrated Stone Spaces in 1983. The present book is intended as a bridge from that time to the present. Most of the material appears here in book form for the first time or is presented from new points of view. Two appendices provide an introduction to some requisite concepts from order and category theories.