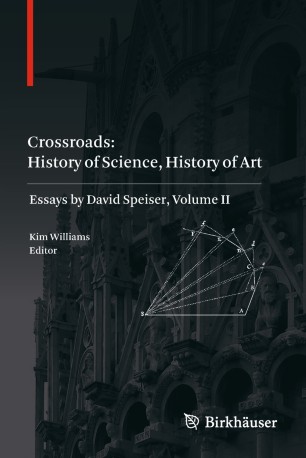 <p>This collection of essays on relationships between science, history of science, history of art and philosophy is a multi-faceted sequel to the first volume, <i>Discovering the Principles of Mechanics 1600-1800</i>, published in 2008. During his career, David Speiser was first and foremost a theoretical physicist with first-hand knowledge of how fundamental research is carried out, but he was also a historian of science and editor of historical writings as well as a keen observer of works of art and architecture. In these essays he compares and contrasts artistic creations with scientific discoveries, the work of the artist and that of the scientist, and process of analysis of the art historian to that of the historian of science. What is revealed is how the limits of individual disciplines can be pushed and sometimes completely overcome as the result of input from and interactions with other fields, and how progress may even be impossible without such interactions. The reflections elucidated here refute the idea, so engrained in our thinking today, of the ‘two cultures’, and underline the unity rather than the diversity inherent in creative thought both scientific and artistic. Contained here are ten papers, all newly edited with updated references, four of which have been translated into English for the first time, and completed with an index of names. Intended for the specialist and non-specialist alike, these essays set before us a feast of ideas.</p>