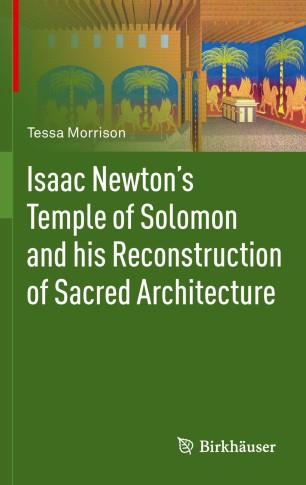 Isaac Newton's Temple of Solomon and his Reconstruction of Sacred Architecture

Isaac Newton’s unpublished manuscripts reveal that for over fifty years he had an interest in the Temple of Solomon. He wrote on the Temple’s meaning, the rituals associated with it, and even recreated the architectural plan. In an unpublished manuscript entitled Introduction to the Lexicon of the Prophets, Part two: About the appearance of the Jewish Temple, or more commonly known by its call name Babson MS 0424, he described the plan and the architecture of the Temple. His main source for this reconstruction was the Book of Ezekiel, but he also used and compared this source with a wide selection of Jewish, Classical and contemporary sources in his search for the truth. The aim of this book is three-fold. Firstly, it contains the first translation of the Babson MS 0434 manuscript into English. Secondly, it provides a commentary to accompany the translation which puts Babson MS 0434 into context with Newton’s other works on science, chronology, prophecy and theology. Thirdly, there is a full reproduction of Newton’s plan of the Temple, accompanied by six drawings. While the visualization of Newton’s recreation of the Temple was not contained in the manuscript, his verbal description is clear enough to be able to reconstruct the design using ArchiCad, bringing Newton’s plan of the Temple alive. This work will appeal not only to scholars of architectural history but also to all those interested in the history of ideas in the seventeenth and eighteenth centuries.