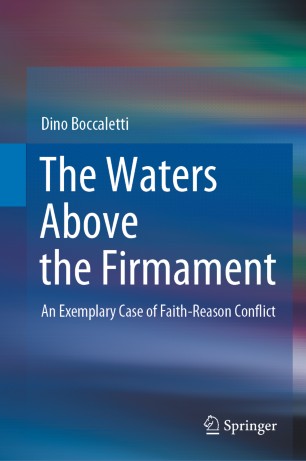 The Waters Above the Firmament

An Exemplary Case of Faith-Reason Conflict

This book addresses an emblematic case of a potential faith-reason, or faith-science, conflict that never arose, even though the biblical passage in question runs counter to simple common sense. Within the context of Western culture, when one speaks of a faith-science conflict one is referring to cases in which a “new” scientific theory or the results of empirical research call into question what the Bible states on the same subject. Well-known examples include the Copernican theory of planetary motion and the Darwinian theory of evolution. The passage considered in this book, concerning the “waters above the firmament” in the description of the creation in the first book of Genesis, represents a uniquely enlightening case. The author traces the interpretations of this passage from the early centuries of the Christian era to the late Renaissance, and discusses them within their historical context. In the process, he also clarifies the underlying cosmogonic model. Throughout this period, only exegetes belonging to various religious orders discussed the passage’s meaning. The fact that it was never debated within the lay culture explains its non-emergence as a faith-reason conflict. A fascinating and highly accessible work, this book will appeal to a broad readership.

Dino Boccaletti (born in 1936) has been a researcher in various fields of theoretical physics (elementary particles, general relativity, relativistic astrophysics, celestial mechanics). He was Professor of Celestial Mechanics in the Department of Mathematics at Sapienza University of Rome until October 31, 2008. Since his retirement he has published papers and books on the history of science.