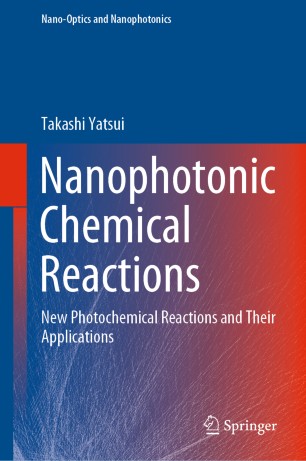 New Photochemical Reactions and Their Applications

Part of the Nano-Optics and Nanophotonics book series (NON)

Takashi Yatsui received his B.E. degree from Keio University, Tokyo, Japan in 1995 and his M.E. and D.E. degrees from the Tokyo Institute of Technology in 1997 and 2000, respectively. From 1999 to 2000, he was Research Fellow of the Japan Society for the Promotion of Science and, from 2000 to 2008, a researcher at the Japan Science and Technology Agency, Tokyo. In 2008, he joined the University of Tokyo as Associate Professor. His current research interests include nanofabrication using optical near fields and its application to nanophotonics.

Dr. Yatsui is the recipient of numerous awards for his outstanding scientific achievements. These include 1st prize in a Paper Contest of the IEEE Student Branch at the Tokyo Institute of Technology in 1998; an Excellent Research Presentation Award from the Japan Society of Applied Physics in 2000; the Tejima Doctoral Dissertation Award from the Tejima Foundation in 2001; the Gottfried Wagener Prize in 2010; the Osaka University Kondo Prize in 2012; the Erlangen Innovation Award for Optical Technologies in 2012; the Fujisankei Business i Award in 2013; the 48th Ichimura Prize in Science from The New Technology Development Foundation in 2016; the APEX/JJAP Editorial Contribution Award in 2016; and the Optical Engineering Award (Takawano Award) from JSAP in 2019.

“A detailed and accessible research monograph on nanophotonic chemical reactions, including new photochemical reactions and their applications. This monograph should be of interest to scientists and graduate students involved in the emerging fields of molecular and materials science in connection with nanophotonics.” (Axel Mainzer Koenig, Optics & Photonics News, osa-opn.org, November 5, 2020)
Buy options