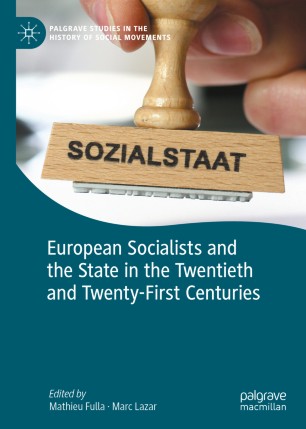 This edited volume promotes a comparative and transnational approach to the complex and ambiguous relationship between West European socialism and the contemporary state over the longue durée. It encourages a better understanding of socialism while also casting an original light on the history of the contemporary state in Europe. Socialists have been a prime political force since the late nineteenth century through to the present. Through their strength, their presence at the heart of societies, their dynamism, inventiveness, and influence, they have left their mark on the European physiognomy and helped to forge part of its identity. This is particularly true where the welfare state is concerned, and the role played by the state in constructing, embedding, and extending this social model. Surprisingly, there has been no research aiming to systematically analyse the relationship between socialism and the state. This volume fills a gap in knowledge by rejecting the media simplification and political polemic maintained by opponents of socialism – and sometimes by socialists themselves – which systematically links socialism with “statism”. It focuses on numerous case studies involving France, Italy, Spain, Greece, Austria, Germany, Belgium, the United Kingdom and Scandinavia, and highlights the diversity of organisations within European socialism. Ultimately, this book demonstrates that the fate of this political culture depends on the socialist parties themselves but also on any new configurations that states may assume. Conversely, the future of states will also depend partly on the choices made by socialists, if they still exist and still have the means to shape decisions and make their voices heard.