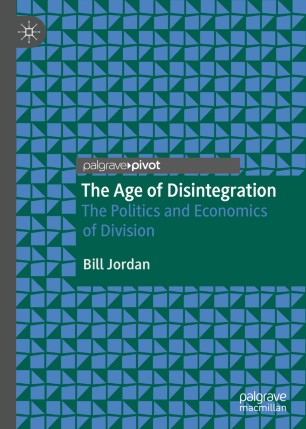 The Age of Disintegration

The Politics and Economics of Division

This book addresses the disintegration of collective units of all kinds, under the twin pressures of economic globalisation and technological automation. At the level of super-states, the constituent nations of the European Union and the former Soviet Union, and of the United Kingdom, have demonstrated this dynamic; and their constituent groups, associations and communities have done so too. The author analyses the causes and consequences of these processes, at the global, national and local levels, the significance of increased mobility and migration, and the politics of resistance to some damaging effects. He recommends ways in which public policy can offset some of the latter, including radical changes in tax-benefits systems, already being trialled in several countries worldwide.
Bill Jordan is Honorary Professor of Social Policy and Social Work at the University of Plymouth, UK. He has authored more than 25 books on politics, economic and social policy, social work and migration. He held visiting professorships in the Netherlands, Denmark, Germany, Slovakia, Hungary and the Czech Republic. He is the author of Authoritarianism and How to Counter It (2020) and Automation and Human Solidarity (2020).