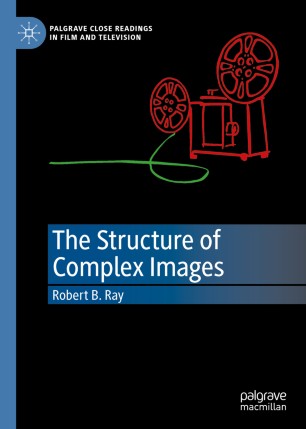 The Structure of Complex Images

After over a century of existence, the cinema still has its mysteries.  Why, for example, is the job we call movie stardom unlike any other in the world?  How do films provide so much unconcealed information that we fail to notice?  What makes it hard to define what counts as “acting”?  How do movies like Casablanca and Breathless store the film and world histories of their generations?  How can we reconcile auteurism’s celebration of the movie director’s authority with the camera’s automatism?  Why have the last four decades of film criticism so often neglected such questions?  After beginning with an overview of film studies, this book proposes a shift from predictable theoretical approaches to models that acknowledge the perplexities and mysteries of the movies.  Deriving methods from cinephilia, Wittgenstein, Richard Rorty, Stanley Cavell, Eleanor Duckworth, V. F. Perkins, and James Naremore, Robert B. Ray offers close readings that call attention to what we have missed in such classic films as La Règle du Jeu, It Happened One Night, It’s a Wonderful Life, Vertigo, Holiday, The Philadelphia Story, Casablanca, Breathless, and Tickets.

Robert B. Ray is Professor of English at the University of Florida, USA.  He is the author of A Certain Tendency of the Hollywood Cinema: 1930-1980, The Avant-Garde Finds Andy Hardy, How a Film Theory Got Lost and Other Mysteries in Cultural Studies, The ABCs of Classic Hollywood, and Walden X 40.  He is also a member of The Vulgar Boatmen, whose records include You and Your Sister, Please Panic, Opposite Sex, and Wide Awake.