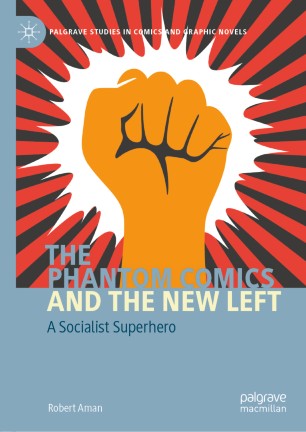 The Phantom Comics and the New Left

This book is about the Phantom in Sweden, or, more correctly, about Sweden in the Phantom. Robert Aman uncovers how a peripheral American superhero – created in 1936 by Lee Falk – that has been accused of both racism and sexism has become a national concern in a country that several researchers have labelled the most antiracist and gender equal in the world. When a group of Swedish creators began their official production of licensed scripts based on The Phantom comic in 1972, the character was redefined through the prism of New Left ideology. The plots of these comics, besides aiming to entertain, also sought to affirm for readers the righteousness and validity of an ideological doctrine that, at the time, was dominant among the Swedish public and influential in the country’s foreign policy. Ultimately, Aman demonstrates how the Swedish Phantom embodies values and a political point of view that reflect how Sweden sees itself and its role in the world.