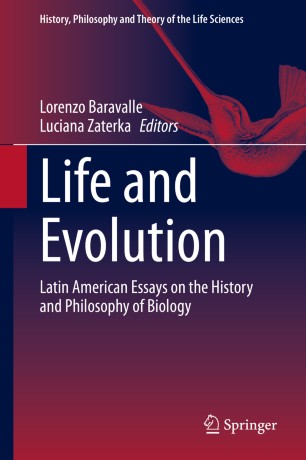 Latin American Essays on the History and Philosophy of Biology

Part of the History, Philosophy and Theory of the Life Sciences book series (HPTL, volume 26)

This book offers to the international reader a collection of original articles of some of the most skillful historians and philosophers of biology currently working in Latin American universities. During the last decades, increasing attention has been paid in Latin America to the history and philosophy of biology, but since many local authors prefer to write in Spanish or in Portuguese, their ideas have barely crossed the boundaries of the continent. This volume aims to remedy this state of things, providing a good sample of this production to the English speaking readers, bringing together contributions from researchers working in Brazilian, Argentinean, Chilean, Colombian and Mexican universities.

The stress on the regional provenance of the authors is not intended to suggest the existence of something like a Latin American history and philosophy of biology, supposedly endowed with distinctive features. On the contrary, the editors firmly believe that advances in this field can be achieved only by stimulating the integration in the international debate. Based on this assumption, the book focuses on two topics, life and evolution, and presents a selection of contributions addressing issues such as the history of the concept of life, the philosophical reflection on life manipulation and life extension, the structure and development of evolutionary theory as well as human evolution.

Life and Evolution – Latin American Essays on the History and Philosophy of Biology will provide the international reader with a rather complete picture of the ongoing research in the history and philosophy of biology in Latin America, offering a snapshot of this dynamic community. It will also contribute to contextualize and develop the debate concerning life and evolution, and the relation between the two phenomena.

Lorenzo Baravalle is assistant professor of epistemology, metaphysics and philosophy of science at the Center of Natural and Human Sciences, Federal University of ABC (Brazil) and faculty member at the Center for Philosophy of Science of the Faculty of Sciences of the University of Lisbon (Portugal). He has published articles on evolutionary epistemology, cultural evolution theory and naturalism in philosophy in national and international journals, and is the author of Culture and Evolution (Rome: Carocci, 2018; in Italian).

Luciana Zaterka is assistant professor of modern philosophy, epistemology and theory of knowledge at the Center of Natural and Human Sciences, Federal University of ABC (Brazil). She has been researching on the interface between the history of science and theory of knowledge, with emphasis on issues related to the history and philosophy of chemistry and medicine for more than twenty years. She is the author of Experimental philosophy in 17th-century England (São Paulo: Humanitas/FAPESP, 2004; in Portuguese).